Mass change-out scheme? Who’s going to do it? 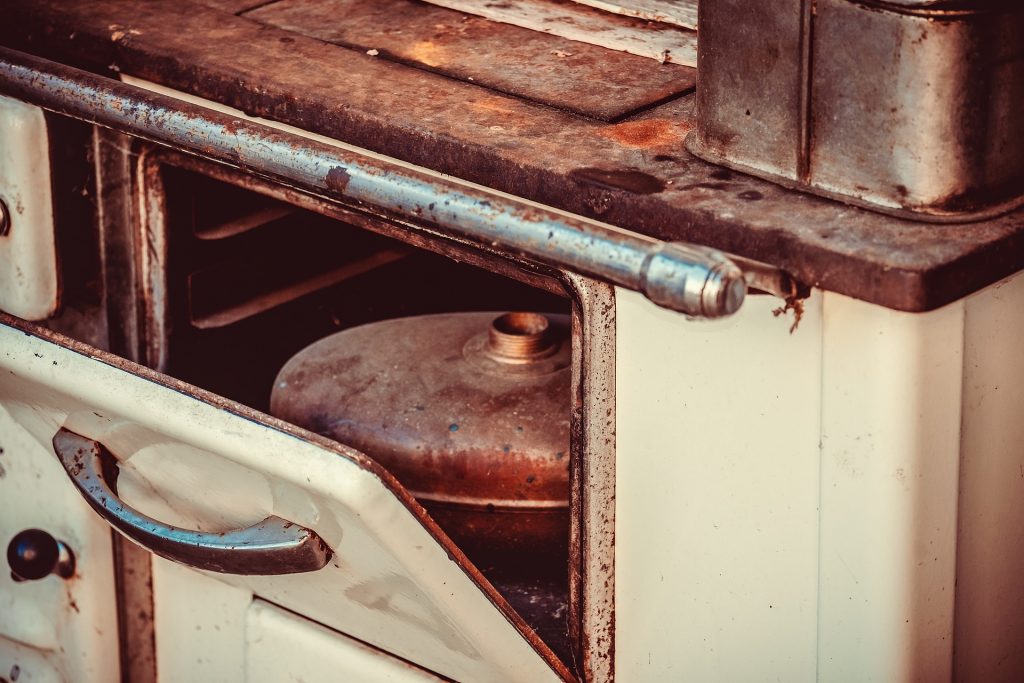 You’re smart… You change the old for the new… You change the bad for the good… You change the wrong for the right…[1] Thinking about the change-out of old stoves, I kept singing these lyrics. The song writers certainly didn’t have stoves on their mind, but their words for sure make adequate intro to this story. And if I’m not wrong, the song goes on like this:  You’re just excluded… When you’re hiding in the dark… I know everything… I like you… You accept the challenge, and your hands are clean… The differences are big… It is very difficult…

Implementing the change-out of obsolete wood-fired stoves and heating devices is indeed difficult, but it can be done. Technology is there; and potential impact would be huge by all means! At the labour market, COVID-19 brought a loss of jobs across the board in the Western Balkans, but massive change-out schemes can be an impetus for reversing these trends. Based on the limited information provided by technology providers, and having in mind the marginal gain in terms of job creation according to the current ratio of workers per device, which stands at a maximum of 0.015 workers per additional device; if as much as 3 million households change the stoves and heating devices at the same time, this might create 45,000 additional direct jobs. In addition, according to the common productivity rules, the ratio of direct to indirect labour is about 3 to 1. This means that 45,000 direct jobs might be eventually multiplied by 15,000 additional indirect jobs. However, all of this is a broad estimation of the maximum number of jobs in case there is no future economy of scale, learning and increased productivity, as well as fast-paced technological advances in automation, engineering, and machine learning converge, which can certainly undermine this number to a large extent.

Apart from hopefully now already common understanding that new devices and stoves can bring important benefits to consumers, their health and livelihoods, a pool of adequate labour force is going to be needed. Technology providers and producers of solid fuel household heating devices are expecting that they will need more workers in the next 18 to 24 months. Depending on the quantities, it is estimated that between 5 to 10 percent more employees will be necessary for increased production. For instance, in case one of the biggest producers from Serbia, which currently produces 85,000 stoves and heating devices based on solid fuel, this is approximately between 40 and 80 additional workers in absolute terms.

In addition to that, the number of required workers in the forthcoming period will also depend on a number of natural outflows of labour, as there will be a certain number of workers who will retire in the coming period, as well as workers who will leave the company and go abroad due to better working conditions. The annual fluctuation of workers is currently around 5 to 10 percent, but it is noticeable in the recent period that the numbers are getting higher and that more workers tend to migrate towards capital cities and/or abroad.

So, educate, educate more, and educate better! There is and will be a raising need to educate both new entrants to the labour market and to prequalify the older ones. There is a shortage of graduate mechanical engineers for design, specialized as thermo-technicians or thermal power engineers, as well as mechanical technicians for the work in production. Also, a continuous number of installers and service technicians is needed in order to install and maintain devices. They are important because it is not possible to put such devices into operation without them. However, the current situation is such that the number of servicemen, especially in a high summer season is not enough.

In bridging those gaps, a closer cooperation between business and academia is beneficial. The support from the Technical Faculties, the Institutes for Standardization, or the Chambers of Commerce for development of individual or joint projects regarding new technologies for stoves that should meet the new standards can lead to better and more efficient solutions. Also, cooperation with secondary Technical Schools would be beneficial in organization of various trainings by professional staff, or even, if supported by local self-governments, the formation of specialized welding schools.

In that regard, a model of dual education – both at the levels of secondary vocational technical schools and faculties – should be enriched and promoted by the Ministry of Education, Science and Technological Development. If the massive changeout scheme happens, the process should include reviewing current occupational profiles and qualifications, as well as potentially developing new ones emerging from the implementation of new technologies.

In untapping the full potential of massive change-out schemes, it is important for policy and decision makers to recognize the important role of technology providers and to keep continuous dialogue with them, which would enable timely and up to date information on their production capacities to deliver, install and maintain equipment as well as to assess their perception on main challenges for financing and implementation of large changeout schemes.

Adequate incentives should be introduced to technology providers that work on new devices in line with the EU standards, but also levies if the replacement of old devices and appropriate waste management is not implemented.

Also, financial incentives and support should be given to consumers, as the price is key factor in simulating buyers for such schemes. In that regard, customers should be timely informed about the available calls for the allocation of funds that would enable purchase of environmentally friendly devices under more favourable conditions.

Inclusion of all is a must! In order to seize the opportunity and make a systemic, effective and rapid change-out scheme, all interested parties should be involved in the process.

Civil society organizations can play a crucial role in generating and disseminating up-to-date analyses exploring relations between air pollution stemming from the inefficient combustion of household devices for solid fuel-burning and health impacts in the Western Balkans. Also, civil society should ensure that energy poverty receives the recognition it deserves by policy-makers at all levels. Already strained public health systems in the Western Balkans, the economic recovery, social cohesion and environment all depend on shared determination to support the energy poor in accessing cleaner, cheaper, safer and more efficient heat, light and power for their homes and livelihoods.

How to win the Balkan air-pollution dodgeball?

Can we afford to continue investing so little in solving a problem so costly: how to finance household heating upgrades?

Heating practices in the Western Balkans